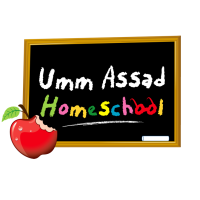 '…it's all about tarbiyyah!'

Advise to Fathers on Raising Children

Question:
I have noticed, O eminent Shaykh, that there are many of the fathers who have been negligent in raising their children leaving them to engage in things which are of the highest level of detriment to them. Due to this, I seek from your eminence that you favor us by directing the fathers to give much importance to their children; especially in this time, may Allaah reward you with good.

Answer:
In the name of Allaah the Most Merciful the Bestower of mercy; may prayers and peace from Allaah be upon Allaah’s Messenger, his family, his companions, and those who are guided with his guidance. As to what follows:
This which the questioner mentioned deserves attention, because watching over the children, males and female, and giving them attention and their Islamic cultivation is an affair which is from the most important matters. 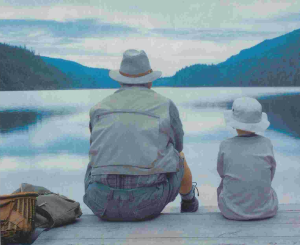 “So, by your Lord (O Muhammad ﷺ), We shall certainly call all of them to account, For all that they used to do.” (Al-Hijr 15:92-93)
Likewise, as in this authentic Hadeeth:
كلكم راعٍ وكلكم مسؤول عن رعيته

So he who is placed in charge over the people is a shepherd and is responsible for his flock. We ask Allaah to give the leaders of the Muslims Tawfeeq in all that which contains their rectification and the rectification of the all Muslims.
Likewise, every person is responsible for his household. So the father is responsible for his children and the mother is responsible for her children from the perspective of cultivating them Islamically and commanding them with the good and forbidding them from evil and making them cling to the truth and abandon that which opposes the legislation of Allaah. From that is the affair of the prayer; for it is the supporting pillar of Al-Islaam. So it obligatory upon the father to give attention to his children, and likewise the mother, so that they are upright upon the prayer and so that they safeguard it in the houses of Allaah along with the Muslims.

And He, Glorified be He, said:

So the child, whether male or female, is to be commanded to pray when he reaches seven and beaten concerning it when he reaches ten. This is because at this point he has reached and drawn near to maturity. Then when he attains puberty is becomes individually obligatory and binding upon him; and he deserves, if he abandons it, to be commanded to repent; so if he repents then this is good otherwise he is killed by the leader of the Muslims. So the affair (of the prayer) is major. Hence, it is obligatory upon the fathers and the mothers, the elder brothers of the children, and their uncles to cooperate in this matter and strive hard in rectifying the children and cultivating them Islamically; and fro that is making them hold fast to the prayer and commanding them with it when they reach seven and beating them concerning it when they reach ten and fall short in that. Likewise, they are to be commanded with that which Allaah commands them with from righteousness toward their parents and safeguarding the tongue from abuse, cursing, and lying, and other than that from sins, from that which Allaah the Mighty and Majestic has prohibited. Likewise, that they are prohibited from consuming intoxicants and smoking so that they will not grow up upon this falsehood.

So it is obligatory upon the fathers and mothers to give attention to the children regarding that which benefits them in the Dunyaa and the hereafter, and it is upon them to prohibit them from that which Allaah the Mighty and Majestic has prohibited them from, so that they grow up with a righteous upbringing and so that they will be upright upon the religion of Allaah. So when they reach puberty they will know that which is obligatory upon them and what they are prohibited from and they cultivated upon doing god and upon leaving off evil; then their father, their brother, their mother, and whoever played a role in this good will have the likes of their reward, as the noble Prophet ﷺ said:
من دل على خير فله مثل أجر فاعله

He who directs to good will have the likes of the reward of the one who does it.
This is from the bounty of Allaah the glorified and High. We ask Allaah, on behalf of all, for Tawfeeq and guidance.