You can promote and encourage positive behaviour by rewarding children when they behave in acceptable ways. Children enjoy being rewarded, so they are encouraged to behave in the same way again. When children repeat behaviours, over time they become an ingrained, natural part of what the child does. The more a child is given positive attention for behaving appropriately, the less inappropriate behaviour they are likely to display.

The rewards that can be given to children fall into two categories:

Settings use mainly intangible rewards. They are extremely valuable. They show children that they’re earning approval from adults. They also demonstrate how to interact positively with other people – how to thank them for example.

Intangible rewards can be used to encourage children throughout an activity or task, showing them that they’re behaving correctly and giving them the confidence to continue. You can give children warm praise, thanks and smiles frequently throughout every day. It would be impractical to do the same with tangible rewards.

Tangible items are often used to reward children who are working towards specified behaviour goals that have been identified for them. To implement fairness towards all children, it is advised to give the opportunity to all children to work towards achieving their own tangible reward so as to not leave anyone out.

Tangible rewards are also good for rewarding and celebrating occasional achievements that are out of the ordinary, as they can be kept as a reminder of that time. Some tangible rewards, such as money, may be given by parents and carers, but in most settings it would be considered inappropriate to use them.

Some examples are shown in the table below.

Children should be rewarded in a way that values them as an individual. For instance, some children feel uncomfortable with public acknowledgement or being physically touched – they may not appreciate a pat on the back. While it’s natural for some childcarers to cuddle a young child, this is not considered to be appropriate in all environments (such as the classroom) or with all children, particularly as they get older.

You must keep to the accepted policies and prodecures of your setting. It’s important to consider how children feel about the rewards being given to others. Tangible rewards in particular may lead to jealousy or feeling of being treated unfairly if they are not handed carefully.

You may find the following links beneficial:

This site uses Akismet to reduce spam. Learn how your comment data is processed.

Have a homeschool question? Email me: 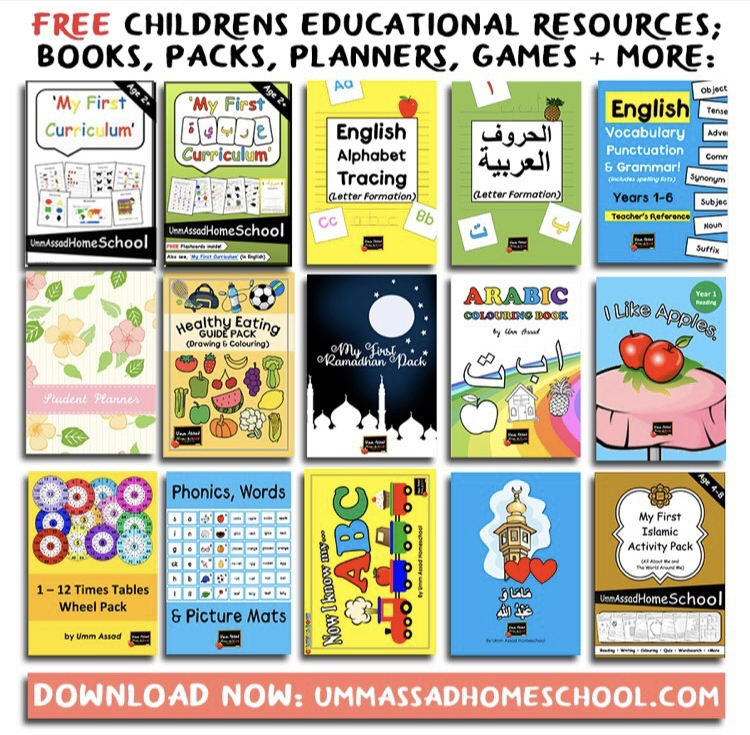 Can you think of more?
What does your child want to be when they grow up (in shaa Allaah)?
Something new is coming to your homes soon bi'ithnillaah. And if you have been following all our titles from the very beginning then you don't want to miss this announcement in shaa Allaah.
Quick shoutout to all the Mamas out there striving for Allaah's sake! I hope you heal from all the pain you never share with others except Allaah!
⚠️ PLEASE READ:
Beautiful reminder. Never gets old.